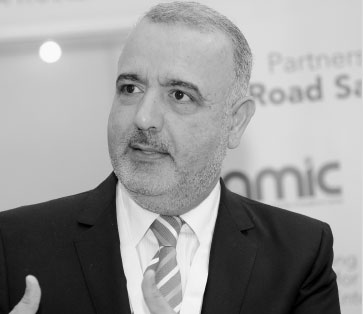 Dr. Abu-Dayya has more than 20 years of International experience in the areas of wireless/telecomm R&D, innovations, business development, and services delivery.

Before moving to Qatar in March 2007, he worked for 10 years at AT&T Wireless in Seattle, USA where he served in a number of senior management positions covering product innovations & emerging technologies, systems engineering, and product realization. He was also responsible for developing and licensing the extensive patent portfolio of AT&T Wireless. Before that, Adnan worked as a manager at Nortel Networks in Canada in the advanced technology group and as a Senior Consultant at the Communications Research Centre in Ottawa, Canada. From April 2007 to Dec. 2008, he was the chairman of the Electrical Engineering Department at Qatar University. He led the initiative to create and then was appointed as the Executive Director of QMIC in Dec. 2008 at the Qatar Science & Technology Park. Adnan received his PhD in Electrical Engineering from Queens University, Canada in 1992. He has many issued patents and more than fifty publications in the field of wireless communications.