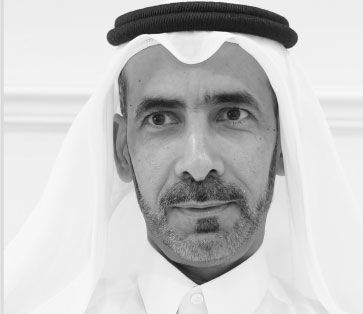 Mr. Abdulla is the first Qatari graduate in the Computer field.

He had the privilege to see the ICT sector grow in the State of Qatar from its inception. He worked at Qatar Petroleum (QP) as the Corporate Manager of Information and Communications Technology. He established the largest state-of-the-art ICT facilities in Qatar. He was also a member of the Board of Directors and Executive Committee of Qatar Liquefied Gas Company (Qatargas); the first Liquefied Natural Gas (LNG) venture in the State of Qatar. He was a member of the Board of Directors and Chairman of the Audit Committee of Qatar Telecom (Qtel). He contributed to the transformation of Qtel from an incumbent with only half a million customers to become a global player operating in 17 countries with more than 80 million customers. As a Chairman of shareholders Steering Committee, he established Nawras Telecom in the Sultanate Of Oman as Qtel’s first startup venture outside the State of Qatar. As a Vice Chairman of the Board of Directors he spearheaded the development of Nawras to become one of the most successful startups in the region, and an award winning Telecom Operator.

Abdulla holds a Bachelor of Science with honors in Computer Engineering from University of Portland. He completed Executive Education Programs at Harvard Business School.