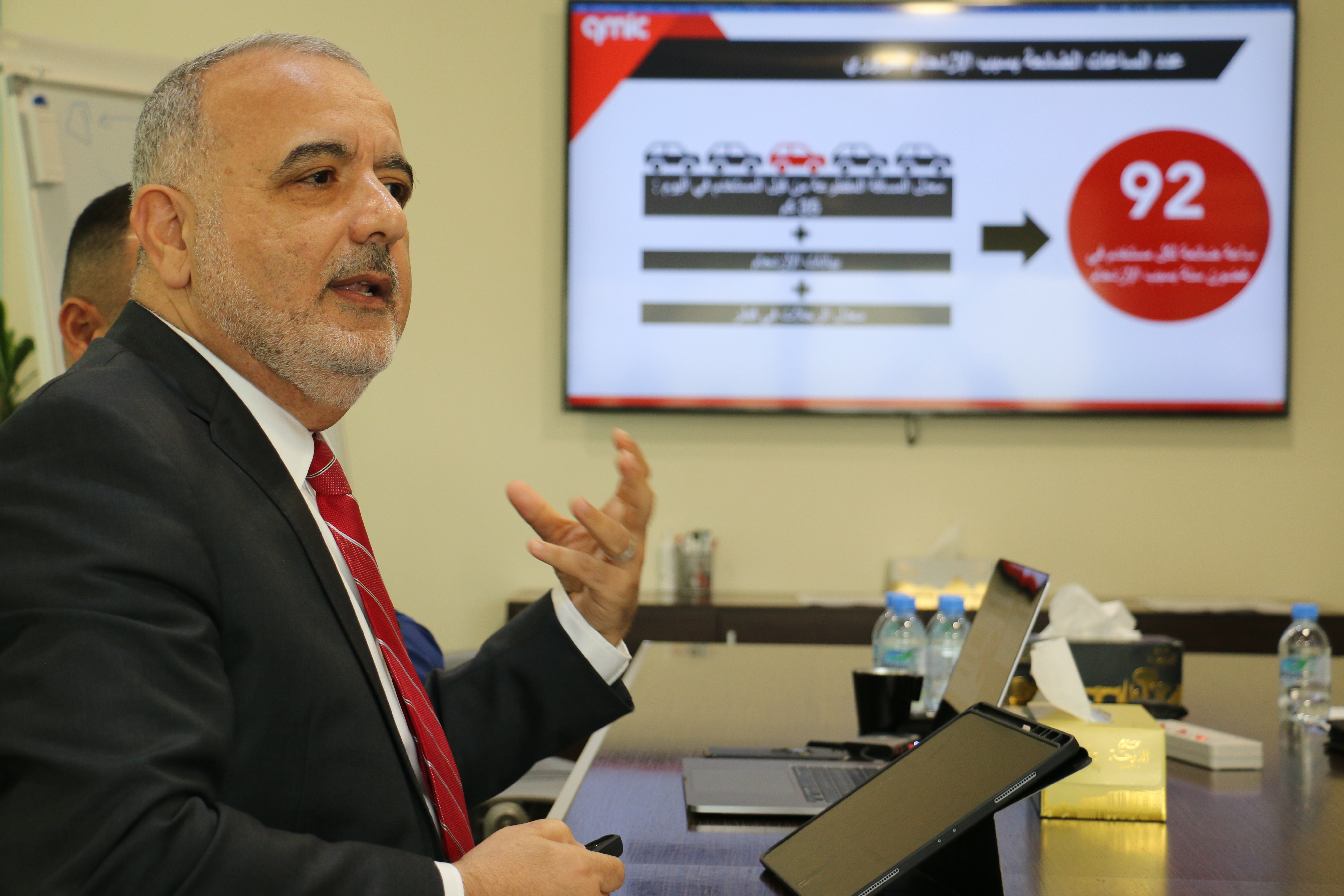 In its 4th edition, the report looks in depth at the conditions and status of traffic in Qatar during the year 2019 and complies all key noteworthy details regarding traffic congestion into measurable outputs. The report focuses on benchmarking this year’s outcomes against results from previous years and editions in order to highlight the changes and study the variations over the years. Such changes are usually influenced by status of road projects and if there are main changes to the public transport system.

This report remains an important and informative tool that can aid several national and private entities through providing a great deal of clarity and visibility about mobility and traffic behavior in Qatar. The information provided could greatly improve daily transport operations, support cost-cutting practices, uphold safety standards particularly for stakeholders in the fields of transportation, road safety, smart cities, urban planning. Examples of the outcomes and insights which the report includes are: assessing the impact of road/infrastructure projects on traffic overtime; monitoring changes in congestion levels across Qatar; identifying problematic congestion areas in specific times/days; quantifying the economic and environmental impact of road congestion;  comparing the traffic trends from year to year; and assessing improvements made in Doha traffic compared to those made in major cities in the region

On the release of the 4th edition of the QTR report, Dr. Adnan Abu-Dayya, the Executive Director (CEO) of QMIC commented by saying, “we are very pleased with releasing the most comprehensive and insightful annual Qatar Traffic report to-date. Our significant R&D effort and investment in building and deploying a comprehensive data sensing network  and data bank using 100% home-gown technologies is paying off by allowing us to shed light on the status of mobility in Qatar, and is uniquely enabling us to support many mega projects and key strategic partners where mobility intelligence is a key factor. We want to thank many of our partners who supported our effort directly or indirectly especially Ashghal, Ministry of Municipality and Environment, and Qatar Rail”.

QTR takes into consideration a number of key globally accepted metrics to report on the severity, time, and locations of traffic congestion in Qatar. In order to gauge traffic conditions for year 2019 in a scientific, methodical and accurate way, the QTR uses the concept of Masarak Congestion Index (indicates average reduction in speed due to congestion) to assess the level of road congestion. In addition, using publicly available statistics about the size of the work force and average wages in Qatar together with QMIC’s mobility and congestion data, QMIC has built a model to quantify the economic impact of traffic congestion in Qatar.

Thanks to QMIC’s expanding and unique multi-source data collection network, which collected over 1.5 Billion records of data throughout the year. The following key findings for 2019 QTR are revealed:

Throughout the previous years, QMIC’s QTR has been considered a national traffic index and a score card for the state of traffic in Qatar. This is a highly desirable output for any country or region as similar processes are used to measure and calibrate the road network as well as helping stakeholders and decision makers in taking the best possible steps and implementing the right traffic policies and procedures. This in turn would contribute to better urban planning and result in the improvement of traffic conditions as the population continues to grow.

The QTR is one of the key outputs of the only local and comprehensive mobility data platform (Masarak System) which was fully developed and deployed by QMIC. Masarak represents a comprehensive platform and integrated suite of services serving the areas of Intelligent Transport, Road Safety, and Smart Logistics/Telematics. In addition to its analytics platform, proprietary technologies, and up-to-date GIS layers, Masarak has its own sophisticated multi-source data collection network consisting of: a large fixed sensing network using QMIC’s WaveTraf road traffic road sensors, thousands of Telematics devices installed in fleet vehicles, and crowd-sourced data being contributed by thousands of Wain mobile application users.

QMIC is continuously working towards expanding its data collection network in order to further enhance the accuracy, coverage, and abilities of its traffic information platform. QMIC is expected to increase the amount of its collected data by 300% during 2020 thanks to newer technologies used in its sensing network, increased number of Telematics users, and the expected growth in active Wain users.